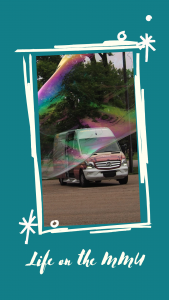 We’d just opened the Mobile Medical Unit when we saw her quickly approach. As she came closer our eyes met, and she quietly asked “I need help. Can you help me?” With that our divine appointment began.

Marcie* was visibly upset. She’d suspected for a while that she was pregnant…with the wrong guy…again. Severely sick with nausea, Marcie had missed several weeks of work. She’d researched her options and decided that she would abort to “spare this innocent child” from a dysfunctional and abusive father. Twice she had made an abortion appointment and twice she had not shown up. “I have to have an abortion; I know it’s my only choice but I just have to be sure and I know I can trust you. I know that here I am safe.”

Marcie had been to Pregnancy Resources with her first pregnancy, and she’d made a lasting connection with a member of our team. Marcie had decided that if she were able, she’d go through with the abortion pill procedure as soon as our appointment wrapped up. After her pregnancy test, the nurse performed an ultrasound. Marcie stared at the screen intently. The image was clear, the heartbeat strong, and measurements confirmed that Marcie was at the beginning of her second trimester.

There were many tears. There was a great deal of fear. There was tender encouragement and prayer. At the end of the appointment, there was a decision…a decision to protect her child…both the daughter at home and the child she will meet next spring.